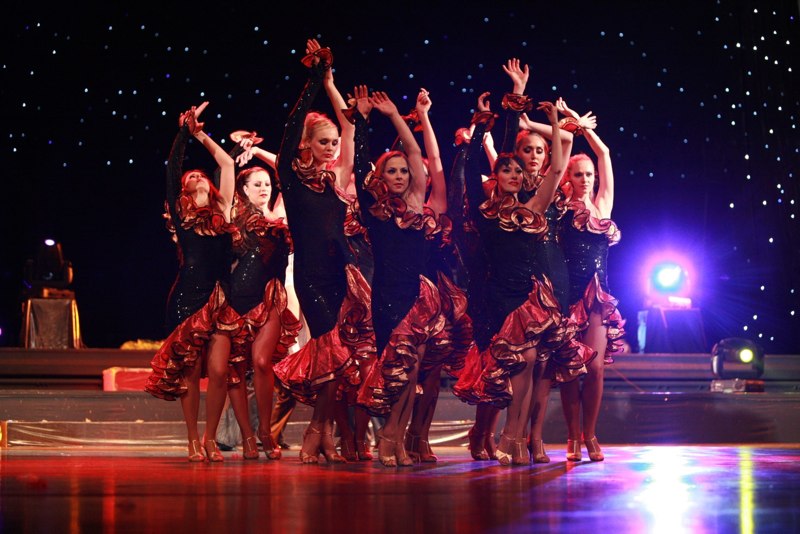 Flames of the Dance

In the most modern dance show ever to be seen by an audience, the excellent and stunningly fast Irish World Champions, Michelle Lawrence – a 7-time Irish Dance World Champion, who shines internationally in principal roles and as a soloist and the Irish World Champion, Ronan Sherlock as well as the 6-time American Tap Champion, Bryan Berry, encounter and compete with the Guinness Book of Records Acrobat John Foerster and twice Breakdance World Champion Khaled Chaabi in a various dance show of Irish Step, American Tap, modern dance, hip hop, classical ballet, and breakdance in a virtuoso performance!
Internationally unique, the merging of these different forms of dance, incorporated into exciting numbers by our dancers, will enchant and surprise the audience with its ingenuity. FLAMES OF THE DANCE means poetry and fantasy at its best, as the viewers will not only be taken into the world of tap dance, but also into the world of lyrical dance, blacklight theatre and breakdance, interspersed throughout with pyrotechnical interludes.

Consequently, FLAMES OF THE DANCE belongs among the most modern big dance shows of our era. The show combines first-rate, internationally renowned artists. By virtue of this talent, our ensemble was contracted to produce three trailers for ZDF’s new season of MUSICAL STAR 2008 with Thomas Gottschalk, carrying responsibility for both the choreography and its performance.

The show has been touring throughout the entire continent of Europe for six years now. In 2005, FLAMES OF THE DANCE guested in China for four months and in 2010 in Russia including Moscow and St. Petersburg and the Ukraine. A shortened version, with excerpts of the show, delighted audiences in Las Vegas and was repeatedly booked for events by the German Federal President at the Schloss Bellevue in Berlin.

FLAMES OF THE DANCE unifies many different styles of dance in a thrilling and entertaining show that achieves its very own artistic profile through its unique composition of dance, comedy, and poetry. 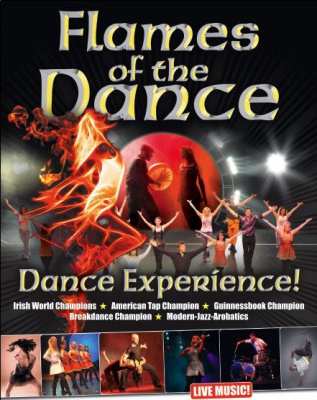 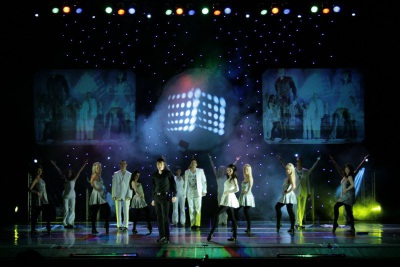 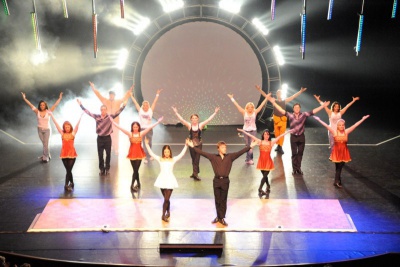 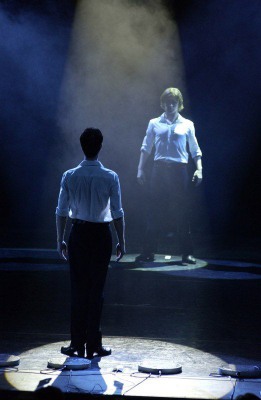 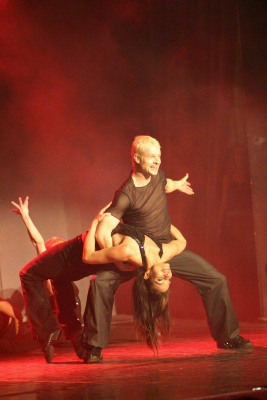 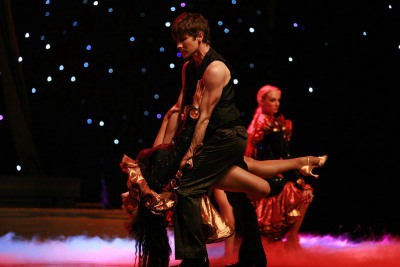 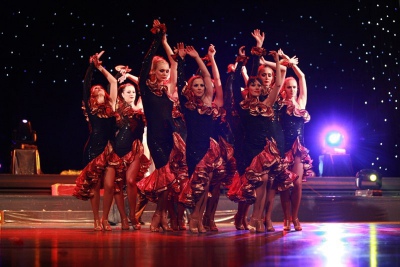 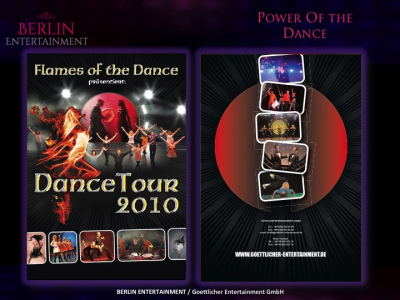 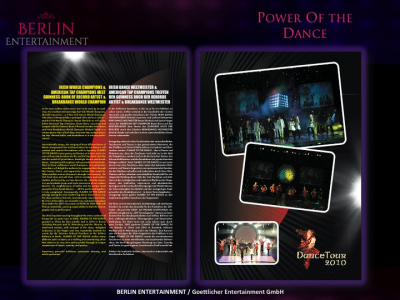 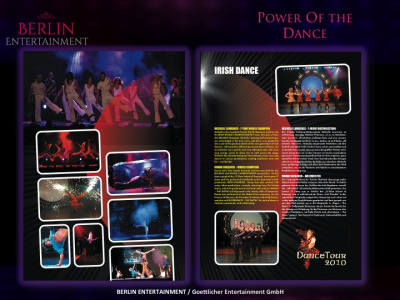 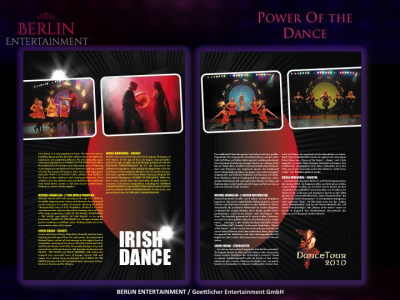 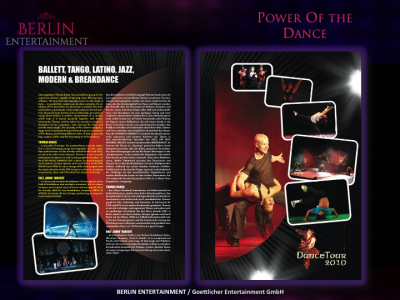 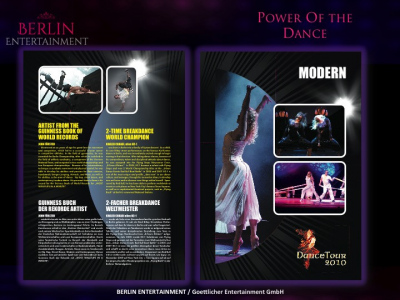 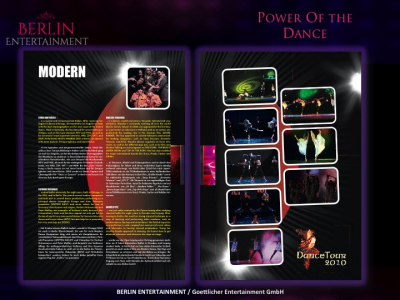 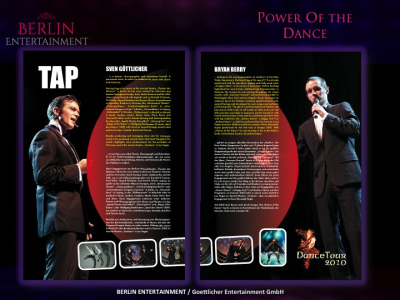 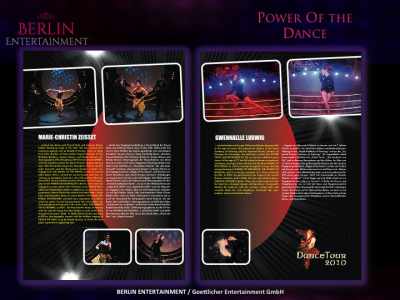 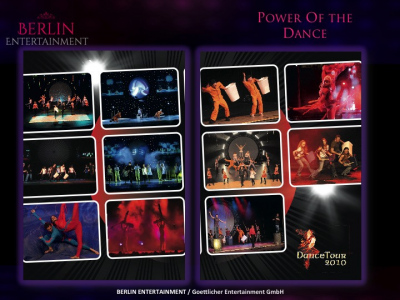 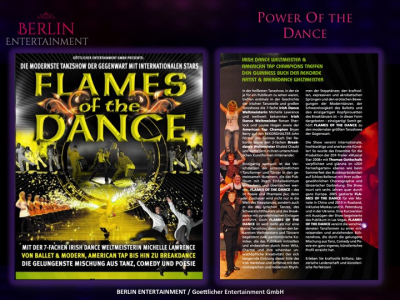